There are 3 lanes in Titan Ruins. Each lane is protected by towers. There two special towers to the sides of a titan core that deal area damage.

Titanites are computer controlled units that march down each of the three lanes. They spawn in waves every 30 seconds.

Some walls can be destroyed, and some low obstacles can be jumped over.

Meet one of these as a team to win and end the game:

Every time a team accumulates 100 points a Titan will be summoned for that team. Titans are gigantic creatures that will march down the middle lane, destroying everything in it's path.

When a Titan is defeated they'll drop a titan shard that can be collected by a player. Picking up a titan shard will reduce the carrier's movement speed and will also reveal them to their enemies until the shard is dropped or delivered to their team's spawn point.

When a team collects 7 titan shards, one of their players will be able to temporarily turn into a titan incarnate. Most players must vote agree to allow a player to turn into a titan, otherwise the transformation will be aborted.

Titan incarnate has two stances, one focused on dealing damage to enemy masters while the other stance is focused on siege against enemy structures. 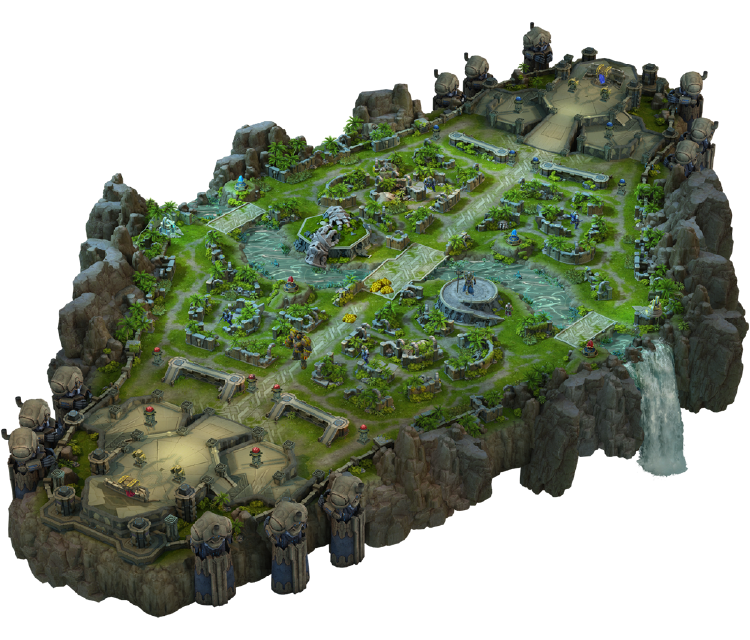